Today, I’m here with an article based on some guidelines of best free antivirus for Windows in 2014. Antivirus you have on your PC must be updated with the some latest version. Here, I’ve added up some best free antivirus for Windows here which are updated in 2014. You can download any of them and use it as the free security provider. Here we goes… 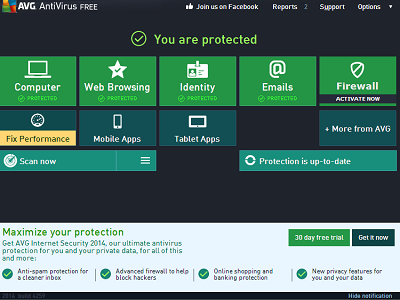 AVG is the best free antivirus which is very simple and has better user interface. The UI is also very simple to use. It provides lots of features for free. AVG is the well known antivirus stands first around the world. The newer version is optimized for Windows 8 PC which is an plus point. It’s better to use the paid version for getting cent percent protection for your system. You can download AVG Antivirus free 2014 from thier Official website for free.

You can heard about this antivirus program. This is another best antivirus which is available for free use. The biggest advantage of this antivirus is, you can get basic protection for your PC for free at anytime. It is well known for the best anti malware software till today. You can download it from the official site for free. 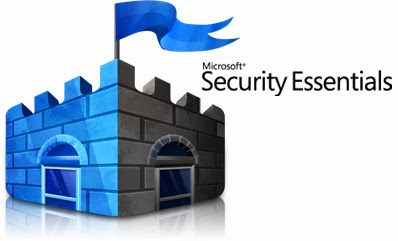 Microsoft Security Essentials is a best free Antivirus Software from Microsoft itself.(i.e) the creator of Windows OS like Windows Xp,Windows 7,Windows 8/8.1. Microsoft Security Essentials has some negative features. The main thing of this antivirus is to remove malware from your PC very well.And this is a best choice for average users just because of its simple and user friendly interface which was included in this software. You don’t need to register at Windows to use this antivirus in your PC. It automatically updates and removes all threats in your computer 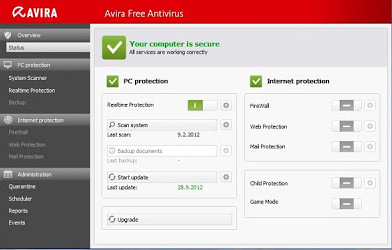 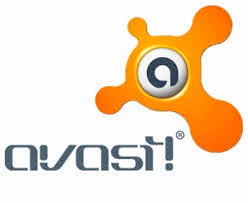 Avast is an free antivirus which took the third place.Avast! is the best free antivirus for your computer. This improve itself and now it ranks as a best free antivirus for windows. Avast has many great features including web, e-mail, IM, P2P, boot-time scanning which is not in the Avira Antivirus.Some of the new features like internet site rating plugin, script malware protection also included in the feature of Avast antivirus. So if you are looking for a best Antivirus software for your Windows 8.1 then go for Avast.Here bellow link is given to download it for free from the official site.

Hope you like this article. Kindly share this article with your friends and share your thoughts in comments. If I have missed any antivirus software in this list, then make us to know it in comments below. Keep your PC Safe 🙂