Skip to content
Android, Best One, Software, Windows
Bluestacks is well known for Android Emulator which has more achievement since its release. This program created a new era by making Android Apps to run in Windows and on MAC OS. It act as a best Android Emulator and it requires some minimum hardware requirements for more powerful operation to be done by Bluestacks. There are more than million users for this software and I proud to be among those millions. I’ve been using Bluestack for more than 1 year and still now I feel good with its UI. This emulator ranks first on our list though it has more reliable and simple to use it. As the Bluestacks needs more system process, Youwave don’t need much system resource. This program has its own Virtual diskspace which is used to store files from windows system. Moreover it has many features like Multiplayer gaming support, supports Android 4.0 version. Here the control panel will be great and better than Bluestacks. Youwave is not a freeware, so for that you need to spend some bucks. It costs around $19.99 only. You can check the official websites for more details. [Link] GenyMotion is another well known android emulator. It is also known as Android VM. This is on x86 architecture virtualization which makes it much more efficient than other emulators. Thes performance is so fast than other emulators. This is an product from Genymobile Group. GenyMotion is available for both free and paid versions. The best part here is this program supports OpenGL hardware acceleration. If you choose free version then you will get good result while running android app in your PC. But if you go for paid version it is more better than free version as it has some extra features like ID Widget, Genymotion Java API, Screencast Widget, Remote Control Widget Accelerometer and more. For more details check out their website. [Link] The best part here will be is, Android For PC is totally free to use. Its an popular free Android emulator which runs based on Oracles virtual box. At this time, Android for PC is on Beta version so the performance will be limited but you can find everything great as like other Android emulators. This application sized just 185 MB and it runs only on Windows platform PC. Installing this software has some tricky methods. So just check out the site for installation process. [Link] Jar of beans is the perfect Android Emulator for Windows platform. It works just like other emulators without causing any major issues. For using this users don’t need to spend any bucks, its an freeware. The best part of using this program is its output resolution quality. [Link] 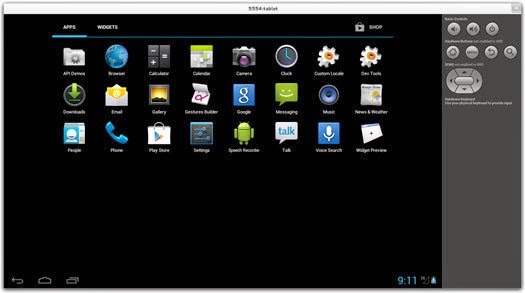 #5 Virtual Box – Its an best emulator which has more capability to run any android applications. It has great UI interface. [Link]

As in my point of view Bluestacks emulator is fine. But if you wanna to feel a different then pick anyone added above. If you feel that we’ve missed some best android emulator then share it with us in comments. Don’t forget to share your thoughts in comments below. Do likes and share this article with your friends via social media websites. Cheers;)