Skip to content
How to, Mobile Circle, Nokia
Download Subway Surfers for Windows Phone Powered with 512MB Devices for free!

Today I’m here with a interesting trick or tweak based on Lumia mobiles. Everybody loves to play games on their Smartphone’s. If you love so, then you should try out Subway surfer on your Lumia mobile.  Subway Surfers is an endless game with more thrill! Subway Sufers is a well known game available for all major platforms. Subway Surfers was developed by Kiloo Games and Sybo Games. For playing it you need to pass all requirements. For android mobiles there is no problem. But on Lumia series Smartphone’s the problem rises. This case is not same on all mobiles, but on those mobile which has RAM quantity as 512MB. But from today onward you can play Subway surfers on Nokia Lumia series mobiles with 512MB RAM for free. Now this article will share about installing Subway Surfers on Windows Phone 512MB RAM Smartphone’s or Download Subway Surfers for Nokia Lumia 520, 620, 625,720. You can’t just download and install the game file just on your phone. You need to download some additional files with the game for playing Subway Surfers on your Lumia mobile with 512MB. As I said before, the official version will works only on Windows Phone devices that are equipped 1GB RAM or above. But this trick can make you to run Subway Sufers on the devices that are powered with 512MB Ram.

How to Install Subway Surfers on Nokia Lumia Mobiles with 512MB RAM?

Step 1:  Go to Appstudio Windows Phone website & register with your own Windows ID.
Step 2: Then download Preview for Developers App and install it on your mobile. After installing you need to get some messages like this screenshot added below, 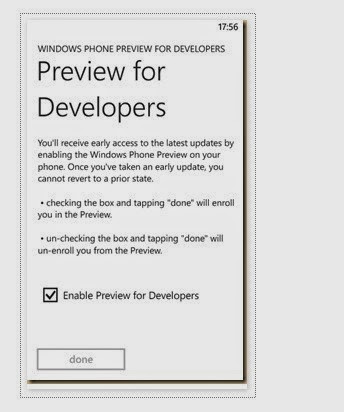 Download Net Framework 4.5.1
Download Windows Phone SDK
Step 4: After downloading them just install them and run the “Windows Phone Developer Registration” file which you can find it on your desktop screen. Just click it to run on your PC.
Step 5: Then you will be asked to connect your Nokia Lumia device.
Step 6: Now just Unlock the Phone with your Windows ID and Password with which you registered and before and Sign in. Then click the Unlock button and go ahead.
Step 7:  Once you have done all these steps you will be notified with the message shown below, Step 9:  Now Add the Subway Surfers .XAP File, once the addition process is completed just Click the DEPLOY button without disconnecting the Lumia device from PC.
Step 10: Everything is finished, just wait for moments & then Subway Surfers icon will be added to your Installed App list on your device.
Step 11: Now play Subway Surfers on Lumia 520, 620, 625, 720 and have some fun! Enjoy!!
Hope you guys will like this simple tweak and this trick is working to all. If you’re facing some issues you can share it with us in comments! If you like this trick kindly share this article with your friends and make grow. Share your thoughts in comments! Cheers:) [via]