Skip to content
Android, Google, News, Tech
Earlier, Google announced that the update of Android will be called KitKat. Now at this time, while launching Google Nexus 5, they decided to release Android 4.4 Kitkat. This new upcoming version has lot’s of new features in it. Google is trying to over take iOS 7 with this new upcoming version Android 4.4 or it will be an competitor for iOS 7. In this new version Google has updated it’s software and in UX sections. They made this new version to support low end hardware without any issues. Here’s what some new sweeties Android 4.4 features… 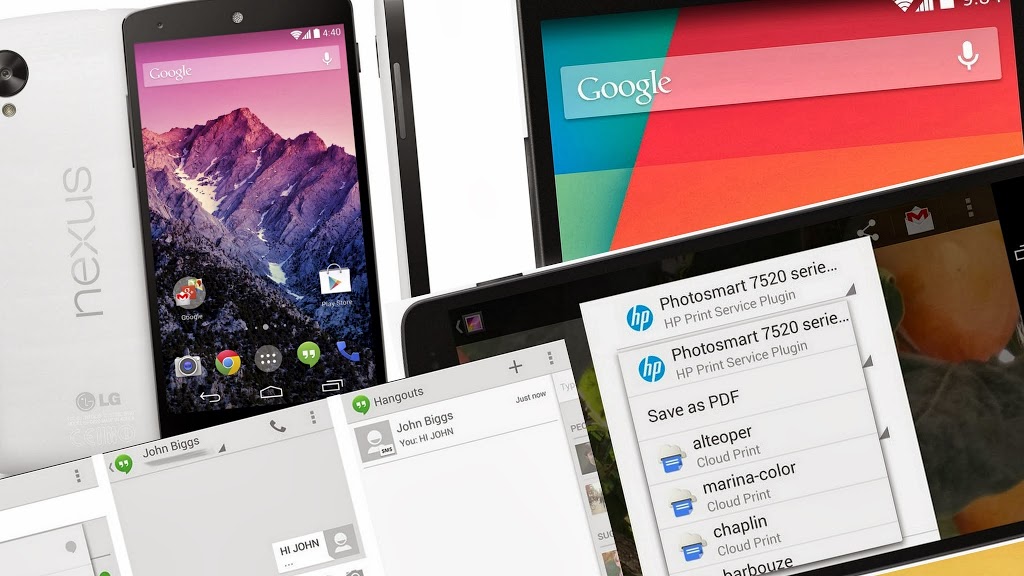 This new version looks similar to Jelly Bean with some new updates in its hardware. As it means, this new upcoming version will support all devices which has less than 512MB of RAM. By the way, they’ll be providing some tools to create new app under some terms and conditions. So,the new Android 4.4 can be seen in all cheaper mobiles after the arrival of it.

Here the dialer style is updated with some new design, which is so handy to use. Entering the name, number or any things has been made easy by this new dialer. By the mean way, this new dialer gets some database that powers Google Maps. An new search bar is added in this new dialer. It’ll also provide caller ID info for incoming calls and more.

Here an new update had been made in software sections. New HDR+ is updated to Android 4.4 KitKat. This will allows the users to snaps the shutter button easily. Here the, Lights appeared are more natural than the previous one. And the faces are visible brighter, and the moving objects are been focused.

By using this new update it is easy to shift all documents, pictures or anything easily to another PC to print them out. It is done by using Bluetooth or NFC. For that you need to connect to a wireless printer with the help of Google Cloud.

Here is an new update in backup problem. The user who use to change their mobiles monthly can use this feature for them. Here, Google is ensuring all apps, app data, saved game states, settings and other things and they are saved in Play Store. And hence your data can be synced with new devices with any loss or any issues.

As I said before, Google is comparing this new version with iOS 7. In Apple’s M7 the processor is so powerful and likewise here also the same in new version. For enabling this, Google has updated hardware sensor batching inside Android 4.4. This is a new feature that makes sensors far less easily. Even you can also control it.

Recording is a good and an need option in all devices. So, Google updated some features in this section that the stored content on your device was saved as an MP4 format file. This will not happens on older version of Android phones. There are still many more features on it. But if I start to those thing then time will bot be there. So I like tho end this article with this.

If you need to get this software today, then the only way to get by buying Nexus 5. And Google has announced that Android 4.4 is coming soon for Nexus 4, Nexus 7, and Nexus 10. It will be available on Samsung Galaxy S4 and on HTC One Google Play edition devices in the upcoming weeks (15 days). And the Other manufacturers haven’t yet announce the upgrade of this new upcoming version in their devices. Anyway, all the Android lovers are waiting for this. Cheers:)