Skip to content
Internet, Tech, Tricks, Youtube
Do you want to see the Indian Premier League season 6 online.Indian Premier League or IPL is one of the biggest Twenty20 cricket chamionship in India with various type of mixed players.IPL 2013 will start from Wednesday April 3rd, 2013.Cricket lovers from India and Nepal will watch the live matches telecast at Sony Set Max, IPL fans from Pakistan will watch on Geo Super and followed by Bangladesh – Channel 9,and the people who lives in New Zealand – Sky Television Network,for Sri Lankans – Chanel Eye,for the UK – ITV,and for the US Peoples – NEO Sports and like so South Africa – Supersport.Like this various country people are intersted in watching the IPL match.Now,In this article I am going to share how to watch the Indian Premier League Season 6 online from your Home.If you are away from television, don’t worry, there is IPL 6 live streaming online on internet. Indiatimes has the global rights of live broadcasting on Internet, Mobile and even on Radio. 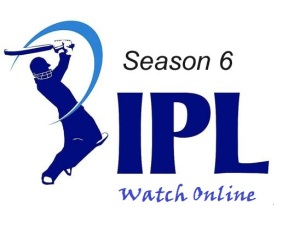 There are many website which provides you to watch the IPL matches online.But in that some site has no rights to Broadcast it.Here are some site which was given bellow where you can able to watch IPL Season 6 Matches Online.By Using the below given link you can watch IPL 6 matches live online streaming: