Skip to content
News, Tech
T-Mobile has finally revealed the launch date for HTC One on its network.The launching date is April 24. Boring by answering many questions for several twitter about HTC One,the partner T-Mobile replied “The LTE Version of the Device will be Launched on 24th April. 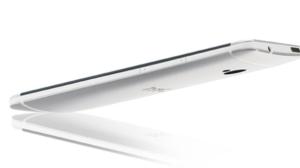 HTC’s Mobiles are so cool to see with the structure of a sports a unibody aluminum chassis, a 4.7-inch, full HD display, a 4mp camera with an “UltraPixel” image sensor, with 1.7GHz quad-core CPU and and with 2GB of RAM.Like this also the One will also supports the Wi-Fi Connectivity with T-Mobile’s Network.

I thinks so that the HTC One has a trouble ! They are caught by T-Mobile’s.T-Mobile’s recent dramatic change in strategy.In which the company got a rid of cellphone.They got two Contracts about the cellphone.And recently the T-Mobil’s are selling the iPhone 5 after signing the contract’s.

Are you surprise to see the HTC One is in struggle ? Share your thoughts in the comments.