Skip to content
Google, News, Tech
The next version of Android OS is getting ready to change your Android phones.Google is Updating the Android Version recently.Last year the Jelly Bean Android Version was Updated.Now this time they are updating the Android to a newer version.They are following alphabetical order.For this new version they are named as ” Key Lime Pie “.And the Google is planning to launch Android Key Lime Pie within a month that means in the month of May 2013.There are many Android Lovers.For this time the latest version of android is 4.2.2,which was updated in the New Samsung Galaxy S 4.After updating this within the month of May,the device manufactures will start rolling the New Upadted version for their devices. 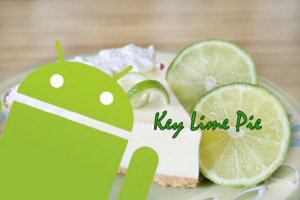 Before I mentioned that the Google is Following the alasphical order for naming the Android Version.You can see from the updated version of Android till now.From the Starting they started with “Donut”.This time the alphabetical seried is “K”.So they named as “Key Lime Pie“I think so,that there will be many new features in it.The Features of “Key Lime Pie” will be updated here in this page.So Stay Tuned at here.I have listed the updated Android Version bellow from the starting till now.