Skip to content
News, Tech
At last, Microsoft has also added two-step verification to Microsoft accounts that means it includes Windows Live, the account.Customers use to sign in to services such as Outlook.com, Messenger and Sky-Drive, and to sync settings between devices which save your account from misuse. 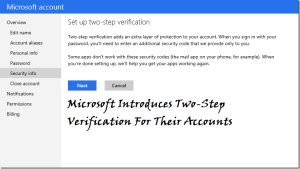 The Two-step verification is a very important security feature which was first introduced in Google then in Facebook.Now at last in Microsoft, these security feature can protect your account from the third party user even though if they got your id username and password they can’t access your account.This is the main feature of this security.And recently,this feature is added for Apple IDs.

The person who is using this will also be able to designate some devices as “trusted devices,” so they won’t have to use two-step authentication every time they log in from their phone or PC. 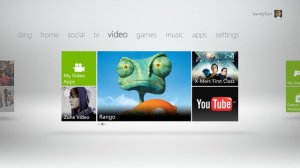 Once you’ve enabled it, you’ll be asked to enter an additional piece of information about your phone,some question which is not regarded with your name.For example if you given your mobile number,then they send a code to your phone. Microsoft also offers an authentication app for Windows Phone.By this it allows the users to receive the two-step verification code even when they are in offline.

You can’t use the same code for the same device.The code will change for different device.But in Microsoft it will ask a code if you don’t use the device for max 60 days.I think so that this will be very useful for the user to protect their data’s.Share your thought in comments!