Skip to content
Tech
Are you a Game addicted in your city? Here are some gamers!.Let see what are the Playing! Some peoples are addicted to Gaming.Like wise the city which was addicted to Gaming is China.Gaming is big in China.So the developers are improving it better.PC is still by far the most popular gaming platform for the young gamers. So let’s see what are people playing on the PC these days ans especially in China? Here are some most popular PC games in China.I have listed some popular games bellow.Are you a Game addicted? Then share the popular PC games with your friends. 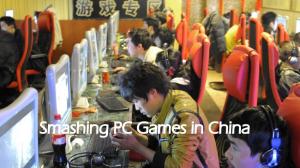 This game was developed by Korean.This game is somewhat old which was released in 2005.But still Dungeon & Fighter was very popular in China.

This is an China’s version game of Counter-Strike,This is also developed by Korean devs SmileGate and released in the year 2007.This game is also still popular in china.

This is an famous one which is not only popular in china but also popluar throughtout the world.This is an DOTA-based competitive online game.

This game was developed by Tencent Games,which was released in the year 2008. This is released by the same developers.

Dream of the Three Kingdoms:

This game is developed by Hangzhou-based Electric Soul. And it was released in the year 2009,which is an superb Battle field game.

This game is developed by Tencent Games.This is an online game.This game was released in the year 2011.

This is an Sports game.This is an online basketball game which was developed by 2K Sports.

Have Fun by playing this games! The article was orginaly published at Tech in Asia.While you playing these games don’t forgot us.Share your thoughts and gaming experience while gaming in comments!