Skip to content
Tech, Tricks
Nokia’s first Windows 8 Mobile, Nokia Lumia 902 PureView press Image Leaked.Earlier Nokia launched PureView  808 earlier with an Symbian OS.Now this mobile is an Latest technology with many features. According to Nokia this mobile was going to Launched in NewYork on September 5th,2012. 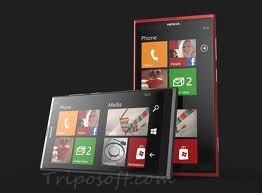 According to the Images this mobile has very thin sides which was about 4.5 inch.The lens of the camera is similar like other Nokia Mobiles like N9 and Lumia 900.I think so that this is the first Nokia Windows 8 Mobile.I am waiting for this.Stay Tuned for Specification from Triposoft.