Skip to content
News, Reviews, Tech
Nokia has announced Lumia 1020 with lots and lots of improvements. This device is just like the earlier Lumia mobiles, this phone is also running Windows Phone. Well, this new handset will be available in different attractive colors. The most important thing of Lumia 1020 is its camera. This handset will come out with 41 Megapixel Camera. Wow! 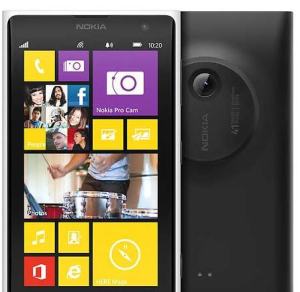 This handset was awaited by Nokia mobile fans. Before the official announcement there were huge rumors about this handset. And now it’s available in the U.S. at AT&T for about 300$ with 2 year contract. For this handset, the pre-order will start from July 16 and it will available in stores from July 26. As per the official announcement, Nokia Lumia 1020 will be released globally on July 26,2013.

This handset will come out with an AMOLED screen 4.5 inches in size backed by 2GB RAM. And, this mobile will comes out with 32GB as internal storage memory. The main aim of this handset was its camera. So, you can say it as Lumia 1020 is fully about Camera. 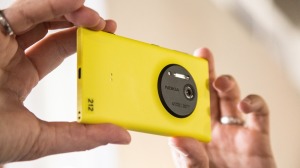 You may ask, What is new this 41MP Camera? This 41 Megapixel camera comes out with Xenon Flash and with a sensor at the rear. This camera will provide HQ quality. This large camera sensor is backed by Nokia’s Pureview Processing program. This handset has all features which were used in Lumia 920. Anyway, here they added some new improvements.

It’s better to snap pictures with 15Megapixel camera. This camera has a six-Lens Carl Zeiss optics, which allow you to take wide angle photos. This device also offers you much more like, autofocus, Dual-flash, 3x zoom. By using this camera, you can shoot HD video at 1080p of 30 frames per seconds. We’re interested to hear about your thoughts about Nokia Lumia 1020. So,Kindly share this article with your friends.