Skip to content
Reviews, Tech
These days, the iPhone is still the dominant mobile device that the general public is purchasing, at least in the US. From toddlers to grannies, they cannot get enough of the apps, from the iOS powered gadgets that are serving them deliciously addictive games and other entertainment aspects. But for those who are hoping for a little change and are wondering about getting the latest Samsung Galaxy S5; is it worth it? 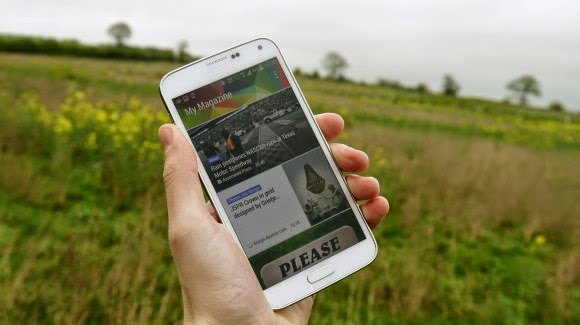 For starters, the biggest complaint that consumers directed at Samsung phones is the cheap looking covers that they usually have. Whereas other manufactures heavily relied on metal or glass, the South Korean company previously used glossy plastic. For this new model, the company is aiming to revamp its style by giving it a soft-touch back with perforated patterns that comes in various colors.

The 5.1 inch screen is capable of 1080 x 1920 pixels in resolution with a pixel density of 432ppi. The display is deemed by reviewers as colorful and rich in realism without being overbearing where users have to squint to see the details. For customers who like to look at their phones and see their activities clearly without suffering headaches, this is great news. Some of the highlights of the Samsung Galaxy S5 that the company likes to promote is the same water-resistance as the Sony Xperia phones where the risks of damage when dunked in water is practically non-existent as well as the Paypal certification in terms of their fingerprint scanner.

For iPhones and other devices that feature similar systems, the fingerprint scanner provides a good substitution for passwords which users would rather not have to bother with. But while this remains true with the Galaxy S5, the fact that the feature can now be used for Paypal transactions can change the game drastically.

So what do you think? Is it worth switching out your iPhone for?