Skip to content
Mobile Circle, Reviews
Samsung is an awesome mobile manufaturing company where their products are used by millions of users. Now here is their next product, Samsung Galaxy Tab S. Samsung Galaxy Tab S is an superb upcoming product from Samsung where the look of it is so beautiful. The display size of it is so cool and which suits for all works. It also has Multi-Window feature, where it helps to run more than one app at one time just like Windows 8 OS. You can also find the automated control for opening contents on the separate screen. These things are new to the mobile era! Another best thing is the Blocking feature which helps to activate blocking mode when you requires in emergency. Users are allowed to choose their own color modes like AMOLED Cinema and AMOLED Photos. Its an best device for personal use i.e, for private use because this device is also integrated with Private mode too. So by reviewing all these things make more interest about it! 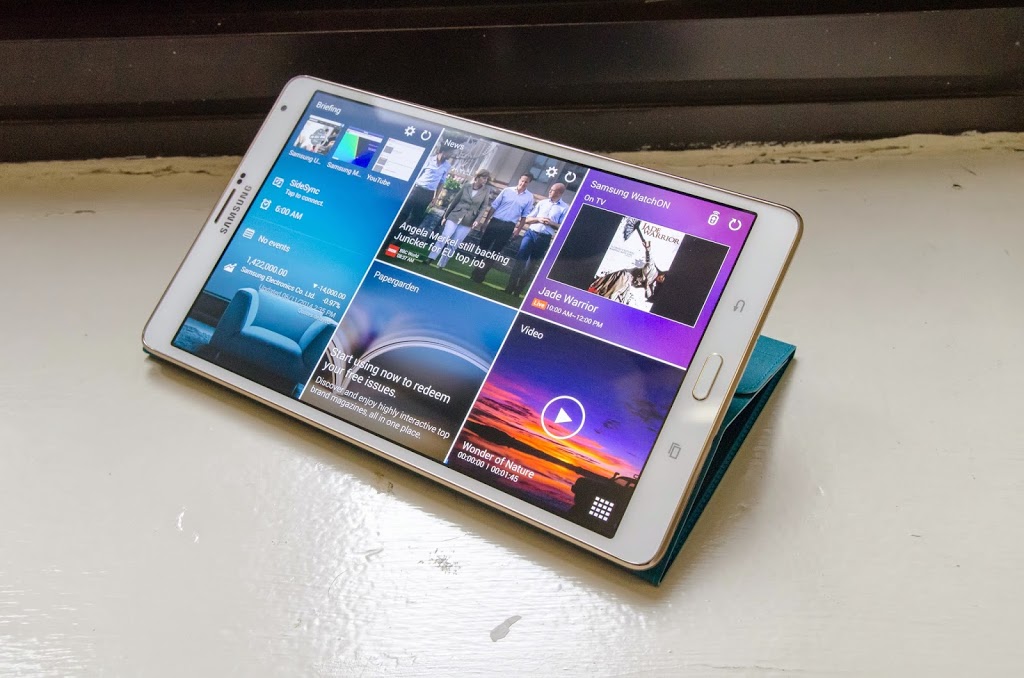 Most of us are beleiving that Samsung S5 will be fastest mobile, but while comparing this Tab S with S5 means in my point of view Tab S is the best one in performance speed. It notifies that Galaxy Tab S is great in performance. Samsung offers microSD support for storage purpose. Here in this device an new technology called MIMO was added up with Galaxy Tab S where this feature will helps to connect to wireless access point quickly and simply. Smasung Galaxy Tab S has all feature as like other Tab’s. It has also added up with the latest version of Bluetooth 4.0. It also supports Wifi Direct connect with other devices. This may be goes viral just like Moto E once it released. 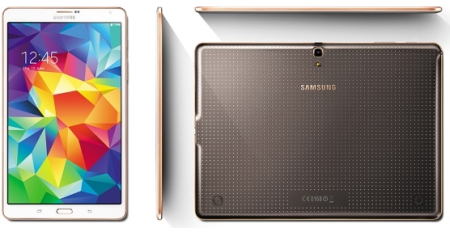 Another thing if the add-on where Galaxy Tab S comes out with USB 3.0. So it notify that the transfering of data will done in great speed. It also has another feature SideSync 3.0, which allows the users to share documents, files between computers and Samsung products. As I mentioned above, this device can be carried to anywhere so its an best portable device.
Galaxy Tab S has the powerful operating system, Android 4.4.2 with the processor 1.9GHz octa-core. Galaxy tab S comes upon the Samsung Knox platform. It has 2560 x 1600 pixels resolution and the display is sized as 8.4 inches. There are still more to be described about Samsung Galaxy Tab S. But it will take more time. So just check out the key features of Samsung Galaxy Tab S added below.

Still more informations will be added up here. If you’re having any key features then share it with us in comments below. Do you like these features? Just share your thoughts about this devices in comments! Cheers:)