Skip to content
Google, News
Google has announced that the company is shutting down its Google Checkout for Merchant starting this November 20th. Google is making some awesome updates.  Last week Google updated Gmail to send money from it.Now this time say bye to Google Checkout. And this is according to Google I/O. Where Google introduced a lot of new Google Play Services. But they didn’t update new Android version.Google Checkout  will retires on their payment process on Nov. 20, and retailers they will need to move to a different payment processing platform. 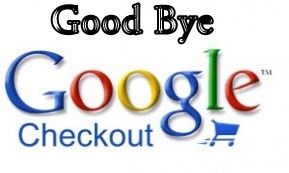 By the way, Google is axing its Google Checkout for Merchants, to get its focus on Google Wallet. This year’s I/O was not about Android, but it was also about bringing some changes in Wallet with other payment services. If you’re still using Google Checkout then say good bye to it right now.  If you want to do any payment then you’ll automatically directed to the Google Wallet. And this Google Wallet service will starts after November 20th 2013. If you’re in the US then for the payments you might have to apply for the new Google Wallet Instant. If you welcome Google Wallet then leave a comment !