Skip to content
Google, Internet, Tech
Google is one of the King of Internet and the Gaint in all technology products. Google is releasing more new products with new features for all users. Now, recently they released Google Chromecast which make your TV to watch Youtube videos. Google did a lot of innovations in technology. But, all those products did not find sucess for thier expectations.  Those products can be called as partially successful products. But, Google is not leaving it’s hardwork. It’s still trying to achive sucess in those products.

Anyway, Google is trying to give the best it can. There are some products which failed miserably. And now, I’m here to share those Failed Google Products. Once the product was failed, Google will shut them down immediately. Recently, they stopped Google Feed reader. Although, her in this list compiled is about some of the products and services by Google Inc. which was failed to serve their purpose or it was stoped. 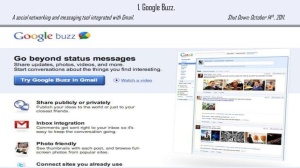 Google Buzz is an another product from Google. Google Buzz itself is an instrument of social integration that connects a variety of features such as twiter and Facebook buttons. But, it looks that Google is trying to ‘have friendship’ with the magnitude of the two competitors.

Google Video is a Google product like YouTube. This was launched in 2005 before Google acquired YouTube. Google is initially launching this product in order to compete in the segment of video services such as Google Video YouTube but it turns out not be as successful as YouTube. So, at last Google decided to buy YouTube.  You don’t believe that, Google bought YouTube for a USD 1.65 billion and they stopped Google Video. 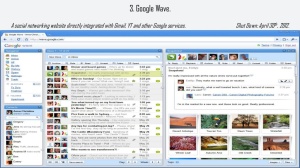 Google Wave service is a project to replace Facebook as a social media sites with all Google features such as Gmail, YouTube. But, Google makes the increasingly jumawa that Google Wave will be a success. But it was shut downed on 12th April,2012.

Google products is engaged in advertising, but the difference is Google targeting the print ads for the Google Print Ads for Ads. But , Google’s fortunes in the print media and radio is not reached over the internet users. So they stopped this service . 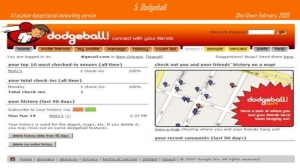 This is also a another product from Google. This was first founded by Dennis Crowley. Dodgeball was struggling with some problems. So, Google decided to buy Dodgeball and finally they bought it. After this, Dennis Crowley come out of Google and founded Foursquare. 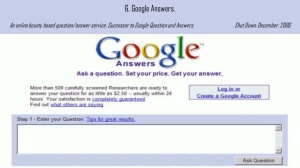 Google Answers is a Google product which is similar or an alternative to Yahoo Answers. But, they don’t get much response from this like Yahoo answer. Yahoo answer overshadowed as the main search engine. So they stopped this product. 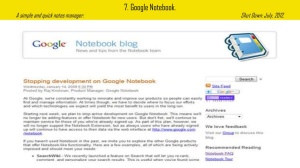 Google Notebook and Shared Stuff targeted to online users on the document. However, they don’t get any positive response from the users. So, Google started Google Docs and Google Reader and stopped this product. Google have also merged into Google Drive which is like a cloud storage service like Dropbox and more. 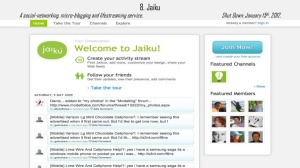 Jaiku is a another Google’s products. This was originally developed by Duo Jyri and by Petteri Koponen in 2006.  Google then acquire it in 2007. At last, Jaiku was forced to be closed on January 15, 2012.

The product is like online gaming world where members can interact with each other through a 3D avatar. Here, you can create 3D picture and you can play with it. But , it was officially closed on December 31, 2008. 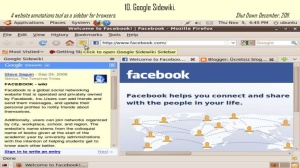 All these three product are from Google that can accommodate all the literature’s and internet users need accurate information. It’s just like Wikipedia. However, these products could not compete with Wikipedia and they decided to shut down it. via
Hope you like this article and this Huge List. Kindly share this article with your friends. If you find that we’ve missed any failed products then you can make us to know it in comments below. Cheers 🙂