Tumblr are certainly concentating in the platform’s of mobile lineup of mobile applications.After adding sponsored posts to its mobile apps just a few days ago, Now Tumblr released a update for iOS application, and an official application for Windows Phone 8. 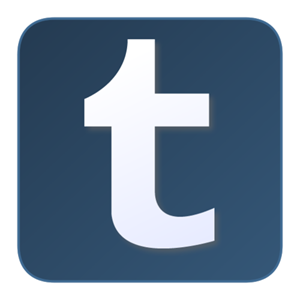 On the iOS front,posts can be shared on Facebook, Twitter, and with some famous social networks directly from within the app by using this new apps from Tumblr. The will also supports saving blog posts for later using Instapaper.With this  you can swipe up and down to close photos, and scrolling through the following list which is so smoother than the smart touch. The amazing feature with this new apps is it’ll support GIF format on iOS.This feature is not included in the previous version that means it will not work on older iOS devices.So if you have iPad, iPod touch older than fifth generation, or an iPhone 4 or older, you can’t use this new feature.

Read This also : Order Pizza’s from your Xbox with the Pizza Hut Apps

This is the first release from Tumblr,that too is an official app for Windows Phone. Tumblr for Windows Phone brings all the new features.The new thing is you can post with the help of your voice.That’s ok.Don’t wait! Download Now itself..

Download the new version of Tumblr for iOS from iTunes.
Download Tumblr for Windows Phone from the Windows Store.