Skip to content
How to, Tech, Tricks, Twitter
There is one amazing secret or trick which is behind twitter. That is by using Twitter you can even get notification from twitter via tweets for your new mails in Gmail. If you receive an email from your friend now then it will tweet on your twitter timeline. And this cool idea was first used and published by Amit Agarwal. I thank him for his wonderful idea. You can even get SMS text alerts for new Gmail messages. For doing this you need no programs. 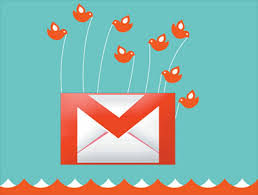 Recently I have updated an new trick about Tweeting Gmail ” Tweets your Messages in Google Apps using TinyGmail “.This trick is done with the help of some Google Scripts. Gmail mailbox are monitered by some Google Scripts. You can make your twitter as a Gmail Notifier by following three steps. First you need to create a new Twitter App for Gmail. Then in the second step you want to link Google Docs and Twitter. In the last step just you need to Follow Gmail on Twitter. Let see how, 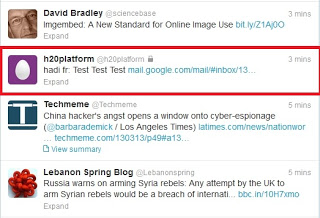 How to Get SMS Alerts for Gmail Messages

For receiving SMS alert, open the Twitter profile page of your Gmail and just turn on Mobile Notifications.
This will work if you have connected your mobile phone with your main Twitter account and verified it.
Note that Your notifications of your mailbox are monitored by Google Scripts.If this generates too many tweets and text messages,you will have to change the value of ” GMAIL_SEARCH_STRING ” in the Google Script.