Skip to content
How to, Internet, Make Money
While sharing new videos online, and when it becomes viral then that video will own much attentions from the big crowd. Viral in the means, that video should have got more views, more likes, more comments, and it’s sharing counts. Do you know? The teen guy who have more fans around the World, Justin Bieber came from the viral videos forum. You can find many artists like JB, Karmin and more became popular from the viral forums.Till now, Justin’s Baby hits the YouTube and it stand among the top 10 most viewed videos in YouTube.

Do you have ever heard about Vube? Vube.com is a video-sharing website which hit the online audience in 2013. Their main aim to take talented artists, person or anyone who like to achieve something in front of a big crowd and making them more famous. This website achieve their target by attracting 41 million unique visitors every month. Now this website stands under the top 100 website rank list globally. They attracted much visitors to their site by conducting monthly contests. In that contests the Top 25 users are rewarded. They are ranked according to the views, likes, comments for their video they have uploaded. The total reward amount is $55,000 and which will be distributed among various users as per their ranks. In case one user got more views and ranks first means, then the reward will be shared to him as $15,000 and like wise the reward will be shared to the Top 25 users. Here users have many rules and regulations before joining this contests. Users should upload only unique videos and they will be moderated by Vube network. Vube is currently available in 73 languages and with better navigation system.Just give an try for this…

How to Join Vube and Win Contests?

As I mentioned before, Vube holds monthly contests and the top ranked users will be rewarded for their videos. Every last day on each month a new contest starts. Once the contest ends, the top ranked winners will be announced within 3 business days. If you like to show your hidden talents to the world and want to participate in this monthly contest, then visit their official site. Just, Check below for more details about the rewards, 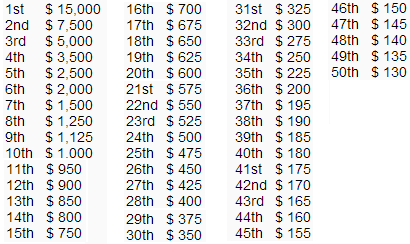 For participating in Vube contest, you have to create an new account on Vube. Then, read the rules carefully and follow them. If you don’t follow them you’ll be disqualified from the contest. Even Vube have right to delete your video at any time for any conditions. Sign up now and show your talents to all. Hope, in feature Vube have lots of chances to overcome YouTube Network. And also, I thank Techgyd for sharing these useful information about Vube.

Share your thoughts in comments below about the Vube!!